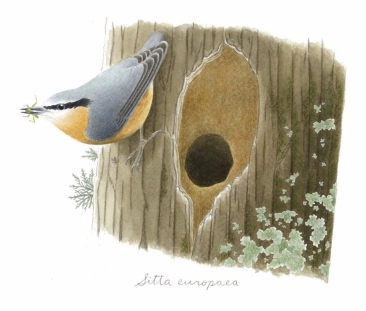 Phylogeography involves discovering patterns of population structure and investigating the underlying evolutionary processes leading to those structures.  My lab focuses on phylogeography of birds in the Palearctic and East Asia, and addresses several relevant issues — the comparison between gene history and species history, the extent of ecological niche differentiation during lineage divergence, the roles of biological traits in community assembly.  These studies can provide a big picture of biogeographic history of avian fauna across the Eurasia.  We also use genomic data to explore the population history of avian species including extinct species, to examine the causes of their population dynamics or extinction.  The results can provide valuable information for conservation.

Genomic data provide unprecedented power to understand the molecular mechanism of phenotypic evolution such as local adaptation and behavioral specialization.  My lab investigates the genomic basis of ecological adaptation of widespread avian species to examine the driving forces for ecological speciation.  We also work to establish the association between genetic variations and morphological and behavioral characters in birds that can improve our understanding of avian adaptive radiation and convergent evolution.

Bird nest types vary remarkably from simple scratches on the ground to complex spherical nests hanging in trees.  This diversity of nest types may be explained by adaptation to the environments in which they breed.  My laboratory has examined the evolutionary patterns of nest characters across all the world’s bird families.  Our study found that avian nest-building is not a single behavior but a complex of multiple behavioral components that determine the characters, nest site, nest structure and nest attachment, separately.  As these three nest characters show different evolutionary trajectories, they likely have separate genetic bases.  In particular, nest structure shows stronger phylogenetic signal than do the other two characters and thus is subject to stronger genetic constraint.  Our study also suggests that nest character evolution can explain the diversification history of birds themselves.

While urbanization has caused habitat loss for most species, some with high tolerance to anthropogenic disturbance can survive well in urban environment.  How species adapt to this newly emerging habitat is an interesting question in evolution.  As more and more species colonize urban areas, new interspecific interactions may be generated.  The dynamic interactions can change the structure of the growing communities.  Thus, understanding how early urban-dwelling species respond to recently colonizing species in cities is of importance in community evolution and conservation. 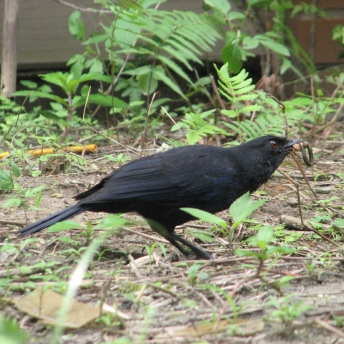